A Year of RASA

One year ago, we rebranded ourselves as RASA Studios. Sure, we'd already been a close group of friends within the Noxsquad for several years, and sure, we are still a part of the Noxsquad too, but now we would be able to call ourselves a "proper group". This last year has been quite an interesting time for us, so I decided that it might be interesting to put people on the spot and see what their favourite moments have been.

Jerry's back!
This time to tell you what has happened with the Noxsquad Gameshow team.https://t.co/7NXo9sABXn

So... what exactly have we done this year?

Link
The fourth installment in our series of live Minecraft gameshows, episode 4 of the Noxsquad Gameshow introduced a brand new factory, as well as new games, a whole host of "adverts" for things you probably wouldn't want to be using (*cough* Craftman's Financial Services *cough*), several health-and-safety stretching Bushter gags and, of course, tense gameplay between the Noxcrew team and 12 lucky viewers on our Fans team. We're working hard on bringing you Season 1, so be sure to keep an eye out for when we announce stuff over on our Twitter account!

RASA Studios Stands Up To Cancer

Link
What's better than 24 hours of fun playing video games with your friends? What about sharing the experience with people on Twitch? What about going one step further and raising money for charity in the process? Well, that's exactly what we did last November. In aid of Stand Up To Cancer, we played video games for 24 hours straight, with such games as Rocket League, Overwatch, It's Quiz Time, Minecraft, Keep Talking and Nobody Explodes and Cards Against Humanity, just to name a few. All in all, we were able to raised an incredible £505 (+Gift Aid) with the help of a wonderfully generous donation from the Noxcrew (thank you so much!) and the help of all our viewers. This weekend we've had another 24 hour stream for Stand Up To Cancer, and though the donation page hasn't closed yet, we're all really proud of how much we've been able to raise and the fact that we were about to reach our donation goal! Thank you to everyone that's supported us through these streams!

Link
Last November, we handled the production for Gameshow Central's "Minecraft Gameshow Awards". This was an evening celebrating the world of Minecraft gameshows (as you might expect), and we hosted their stream with on-screen graphics, multiple camera perspectives, a full theatre build and even a custom composition by MrAMr149.

Link
Building things up from a concept to a working thing within a short time is one of my favourite activities to do, because it forces you to try to consider what's truly important and what would end up just being a waste of time to add. As an example, last year I took part in my first hackathon, which is where you build a piece of software or something involving hardware, normally within about 24 hours. More related to RASA, though, are game jams. These are along the same line of thought, except you are producing a game, and here at the Noxsquad Gameshow, Dwittyy and I thought it would be a good idea to attempt to host our own. As a result, last summer, we built the fire-based PvP game Hot Spot, and early in 2018 we made a parkour-centred game called Collect Floor. We really enjoy hosting these events (and it gives us more games to play in future gameshow episodes, of course!) so I don't personally see any reason why we can't do a couple more at some point? :-P

RASA Studios Goes To i62

Link
Ah, yes: we went to the Insomnia Gaming Festival! Many of us have been before, but this is the first time that we went as a large group (there were somewhere on the order of twenty people there!) and it was the first time that some of us actually met in person. We had a great weekend, and recorded a bunch of stuff that eventually went up on our YouTube channel, including but not limited to twenty minutes of Dwittyy and others trying to fold a pop-up green screen and Chelsea failing to hit any bowling pins when taking her shot facing backwards.

Link
Since our first charity stream, we've increased the amount that we've been streaming random games to our group channel. Gone are the days when we only streamed the Gameshow - now we've had a number of regular streams, such as Chelsea's Sunday streams where she plays predominantly story-based games, the Northlands Network's streams where they played on the Noxcrew's modded survival server, Evul's infrequent streams where he "relives his youth" (normally by playing point-and-click adventure games from the late 90s) and Oakley and Stu's Day Drinking streams where they play a variety of games and drink... orange juice. Yeah, orange juice. Either way, we've all really enjoyed streaming more, and who knows - there may be a few more streams as people have more free time over the summer!


Overall, it's been a great year for us here at RASA Studios, and we hope that you've enjoyed it as much as we have. Here's to many more years to come! 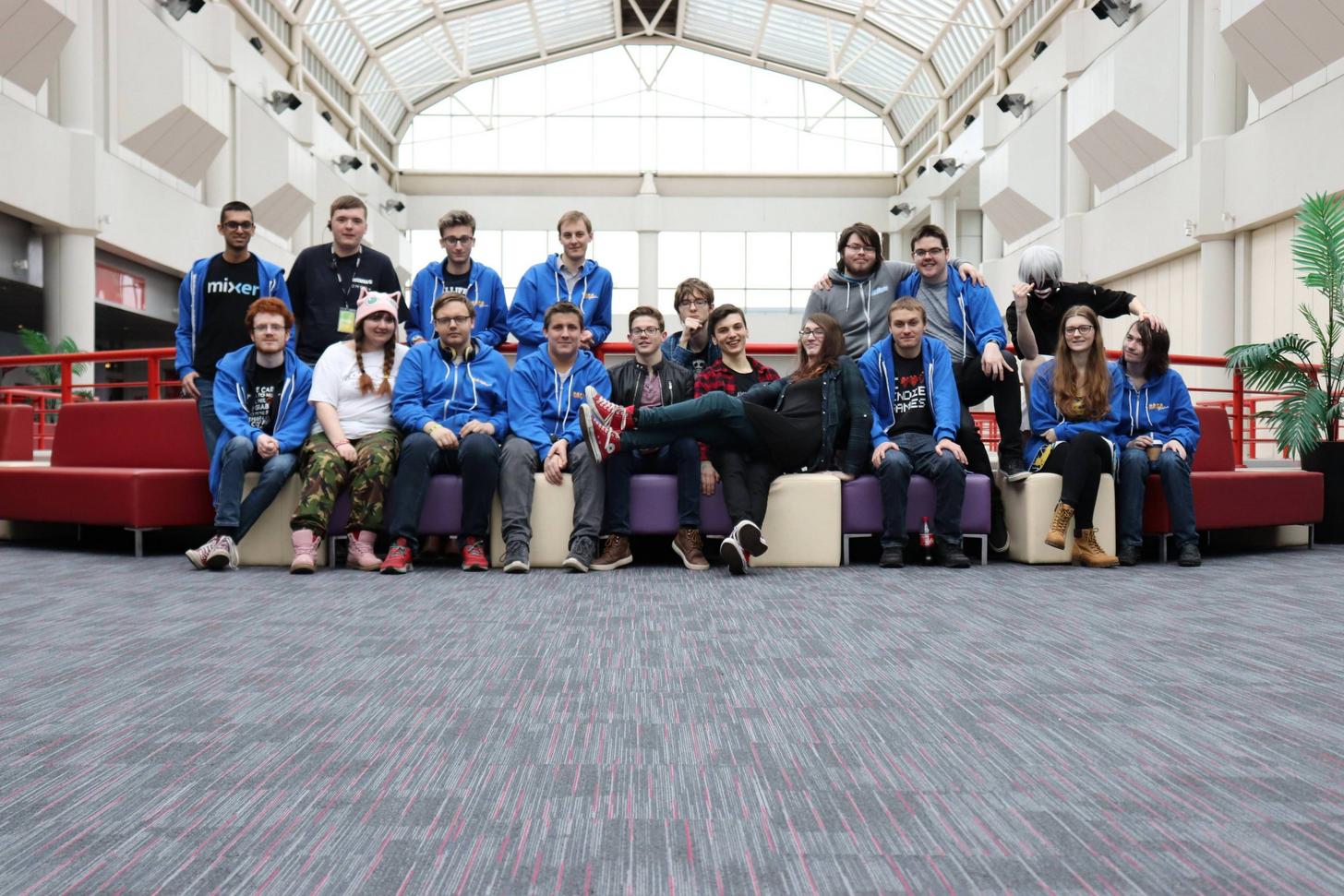