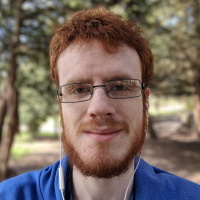 I decided to do something a little different on the blog today, and had an interview with one of the other members of the production team for RASA Studios, Evulminiman. So, Evul, let's get this started. What would you say your "job title" is within the team? 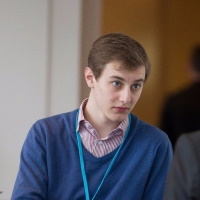 So, put simply, you’re the person that’s in charge of the production side of RASA Studios’s projects. What sort of areas are there outside of building?

Well it is quite the collection. First of all we work on the livestream events, things like Noxsquad Gameshow Live. Getting together all the crew we want for it, cameras, helpbots. We have a bunch of editors creating videos for these livestreams, but they’ve also been working on being able to release gameshow videos to YouTube. Music, art, our teamspeak, but also connections we have with other parties, like the Noxcrew or Gameshow Central. Then lastly we have promotion, things like twitter, and in some way even this interview. So yeah the things that have nothing to do with Minecraft.

So that would explain why you keep telling me what to do, then.

Yeah, sorry about that.

Anyway, you mentioned the livestream events. As I’m sure people are aware, we’re going to be hosting the fourth episode of the Gameshow in less than three weeks’ time. The last episode that we saw was last November, when Noxite, Shronky and Skyao faced off against… fans, wasn’t it? How did that idea come about?

Yes, it was an interesting concept and I'll be quite fair - I don’t really remember how that came to be anymore. If I recall correctly, and correct me if I am wrong because I believe you also played a major part, you had created a system that allows us to do that, just as a little passtime and then we thought why not just use it.

Do you know what, I think that’s right. I created a system to change around the players that were on the yellow team, and we realised that it was actually quite a good idea to have for the next episode of the gameshow. Seeing as we’re having the yellow team as a fans team again this time, I guess we’ll be using it again soon! You also mentioned that you coordinate the crew, could you tell us about that? What sort of a cohort goes into making a livestream of the gameshow work?

Obviously you have the roles that everyone sees: the host, commentators, helpbots, ref, bushter, cameras. Then you have a bunch of minecraft tech people on the server, those make sure all the redstone works and if it breaks they fix it. Those are all people who have to be on the server because of their role. Then we have people who do things not in minecraft; someone who mixes the music, someone who moves people in teamspeak, someone who picks the fans to play. Then lastly there is my job, the camera switching part, and playing the videos and everything, I always like to call that the live production.

Ah, I see! Camera switching has always seemed like a stressful job, so I’m glad I’ve not got to do it! Also, I was wondering, you mentioned Teamspeak for a moment there. Since this stream is going to feature a “fans” team, how are we going to be choosing our contestants? Are there any major requirements for people wanting to play?

The fans will be picked in roughly the same way we did last time. A question will be asked at those in the right channel and the people that answer correctly first get picked to play on the fans team that round. The requirements for playing are just having a minecraft (java) account. Being able to talk isn’t even necessary, but it does make communicating with your team a lot more difficult.

That seems reasonable. We’ve got some games on the dial this time that will probably require collaboration within the team, so I’d guess a microphone would help.

Anyway, Evul, thank you for joining me today! We’ve learned more about what goes into the production side of the gameshow and RASA. If anybody has any questions, then they can reach us through Twitter through the @RASA_Studios account - we can both get to your queries there. Anything else you’d like to say?

Don’t really think so, just to tell everyone to make sure to come check out the show, because it is going to be pretty epic! Of course I should also thank you for interviewing me, it was quite enjoyable.

I’d be glad to do it again, thanks man!